I was tasked with designing a website that met the prompt requirements I was given within a 3-day timeframe.

This one-page design challenge was given to me during my 2017 job hunt. I was provided with a list of requirements. Parameters of this project included: copy and the general layout of key information. However, the overall design decisions were decided upon by me. Some information on the screen has been changed out of respect for the hiring company’s interview process and privacy. Though this was a design challenge, the brief was based on a real company's information and services. So, after researching the company and their current UI, I was able to find ways to make improvements. I also used their existing primary color, orange, and added black and blue accents to break up the design. In addition, I also designed all of the iconography used.

All of the example branding has been changed to my own to protect the privacy of the company.

Below is the prompt provided by the interviewing company. I took apart each of the requirements and took the site's goals into consideration as I began my design. 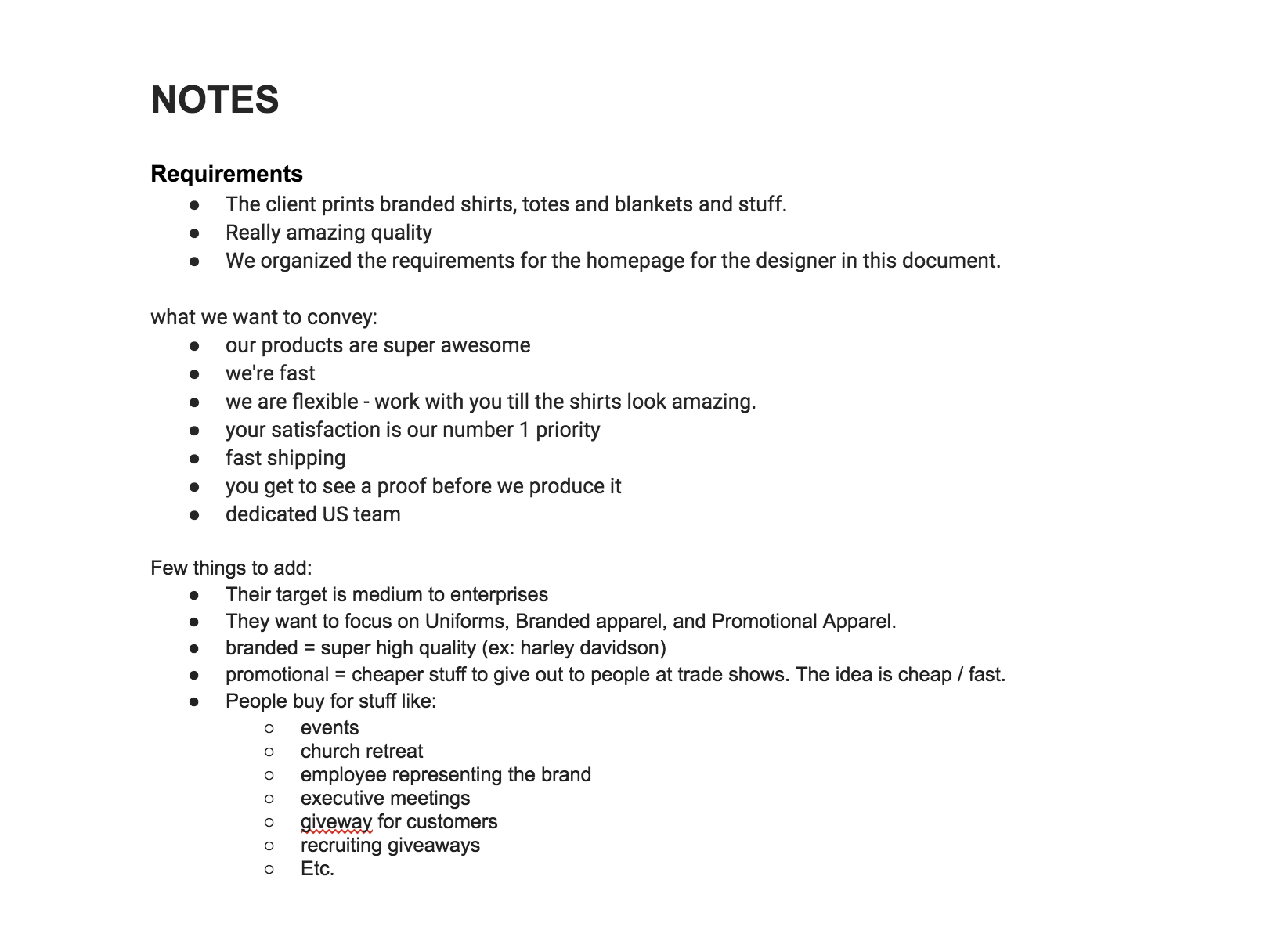 My next step was to gather visual research on the competitors of the hypothetical client to identify how similar sites used visual elements and where there was opportunity for them. Due to the three day time limit, I created a matrix to define competitors. I split my search into two categories: casual/for independent consumers, and more professional-oriented companies. Based on the description of services, I decided my design should differentiate itself with a more minimal design and less images to avoid overwhelming customers. 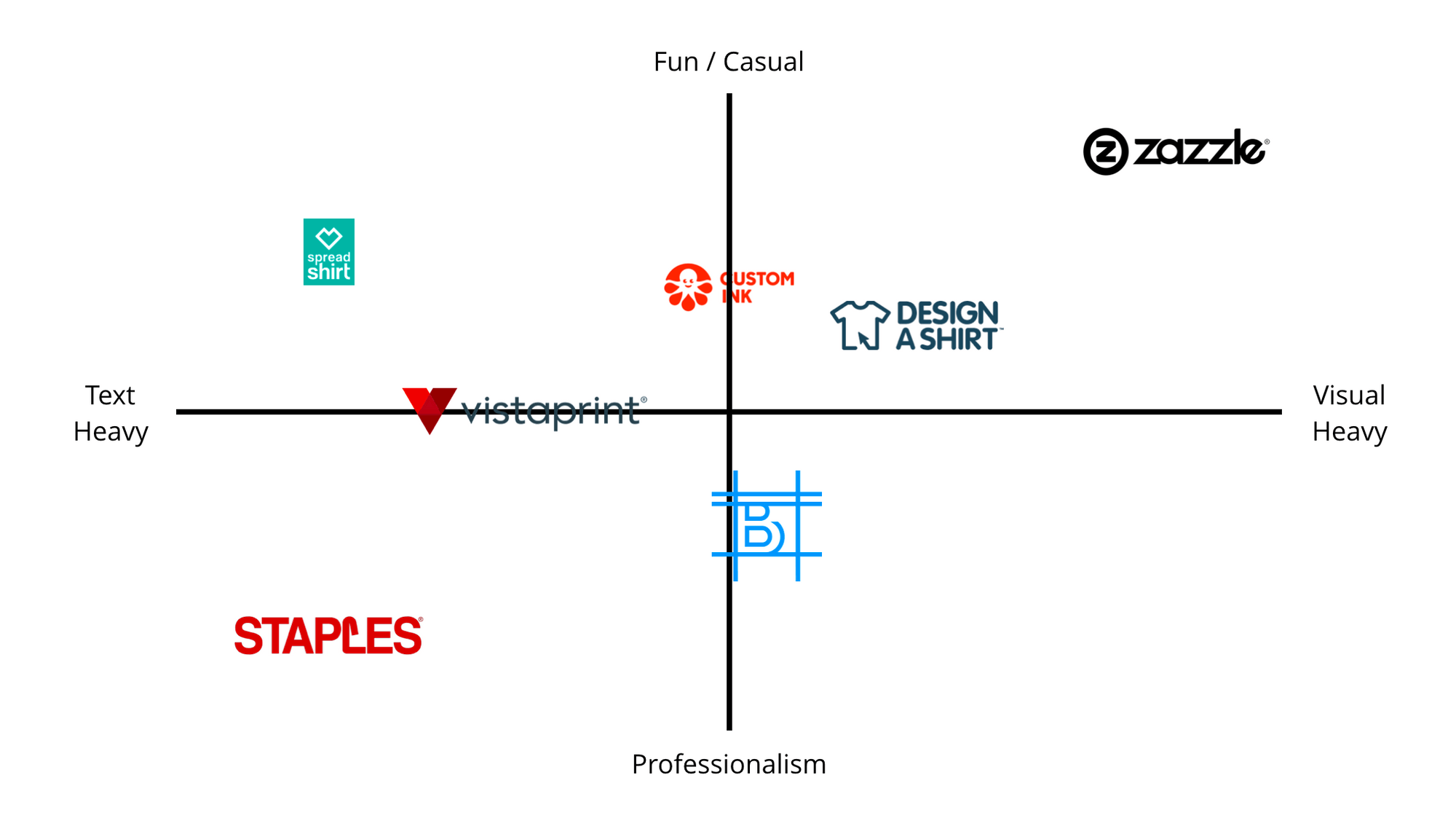 My goal was to create a digestible platform that presents a lot of information clearly and without causing stress.
‍
More screens, including active states and pop-ups can be seen in the prototype.

As part of the deliverables, I created a proto.io prototype with the final design. Since this was a one-screen project, there are no clickable elements.