Find a way to unify the multiple different apps used to collaborate, organize, and get suggestions for improv shows

I completed this project for my product design class. The prompt gave us free range to create any type of product, digital or physical. I have been taking classes at Second City Chicago for a few months now, I've also been in a few shows. Having gone through this experience myself, my groups and I have encountered the difficulty of using five different apps to communicate with each other. Improvr does just that; not only does it provide scene suggestions, it users can also find new games, message, plan events, and record performances.

My two users were Adam Johnson and Callie Jones. Adam was an improv novice and is taking improv classes to work on specific things: confidence with public speaking and to meet new people. Callie is an active improviser and takes part in numerous shows who is doing improv professionally.

I think one of the main issues when it came to improv apps was that their designs were too stripped back. I believe this was to their detriment because they looked unprofessional and low budget as a whole.

I set out to solve a common problem with improv apps: the inability to customize and collaborate. I also wanted to set it apart with the design lacking in many of the available apps. I didn't see a reason to sacrifice good design for functionality and decided to design an app that has both. The colors I used create a fun environment without being juvenile. They were also chosen to create a balance between the overly colorful and the bland apps I analyzed.

I designed Kevin the koala to provide another dimension to the app. I chose a koala because improvisation is all about "yes and-ing" untraditional things and to make the the design feel more joyful. 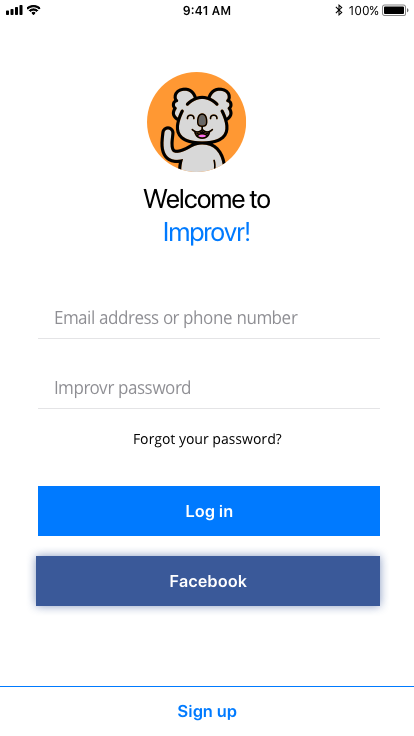 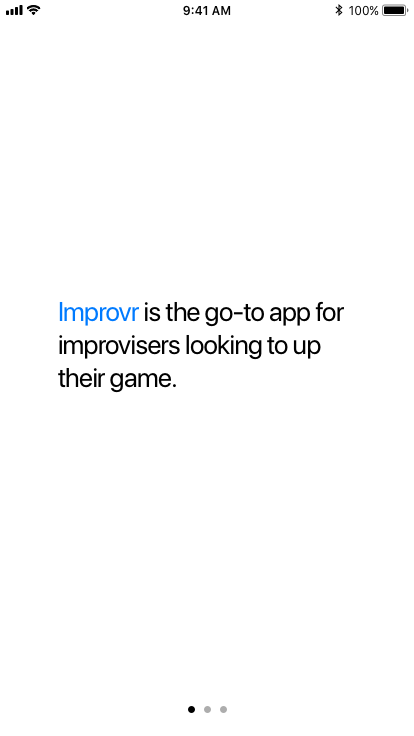 I moved the current day to the bottom of the screen because it wasn't as important as some of the other information on. I wanted the first screen in the log in process to be an input screen to eliminate unnecessary steps. 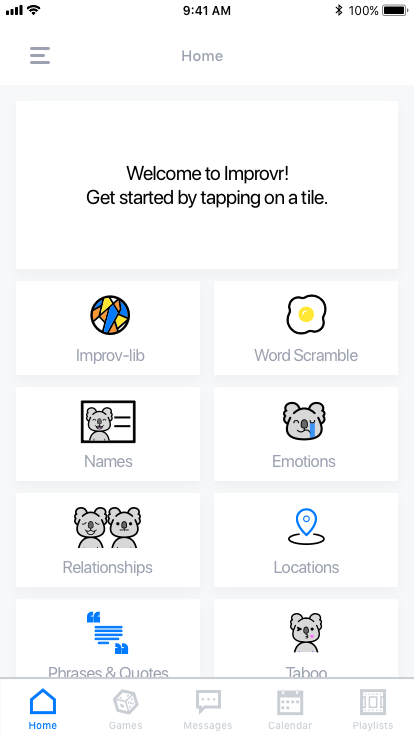 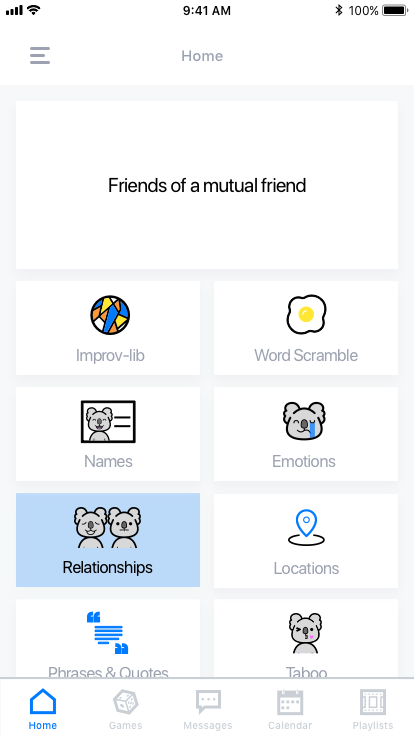 The users I interviewed love the ability to select and organize the tiles. Since the pain purpose of this app is to provide easy access to creative suggestions, I wanted to put this functionality on the home screen. I chose to use iconography to help visually represent the topics in case someone has trouble reading the label or there's a time crunch. 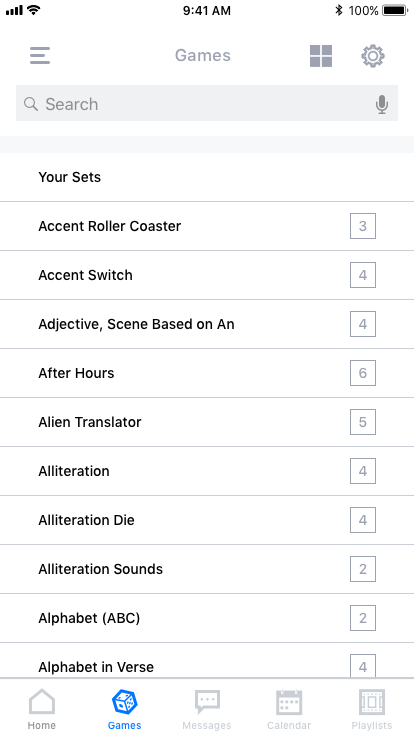 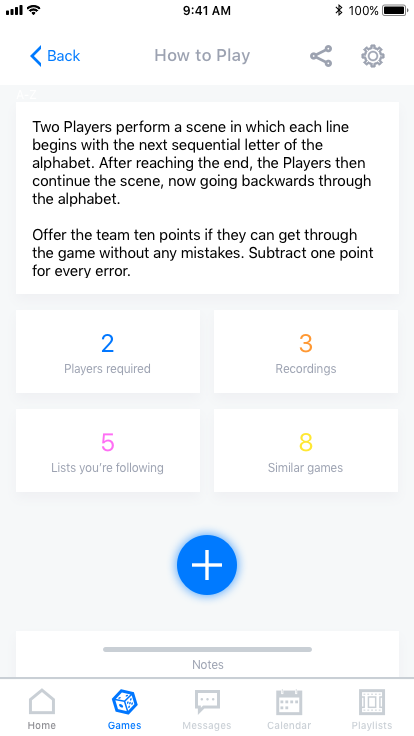 Games are widely used in improv for both practices and performances. Therefore, I felt it necessary to include them in this app so users would be able to discover new games and create their own. 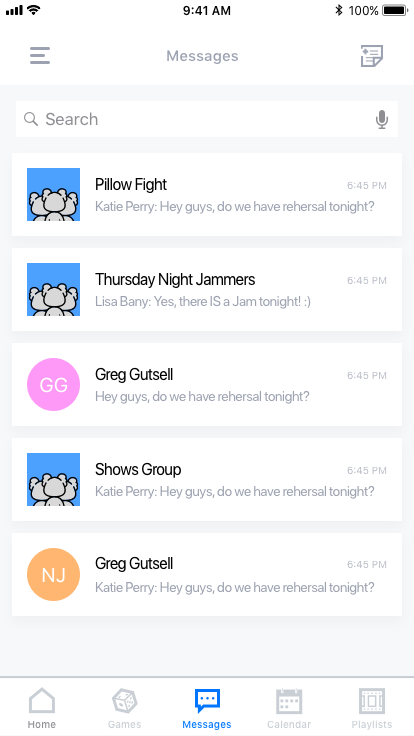 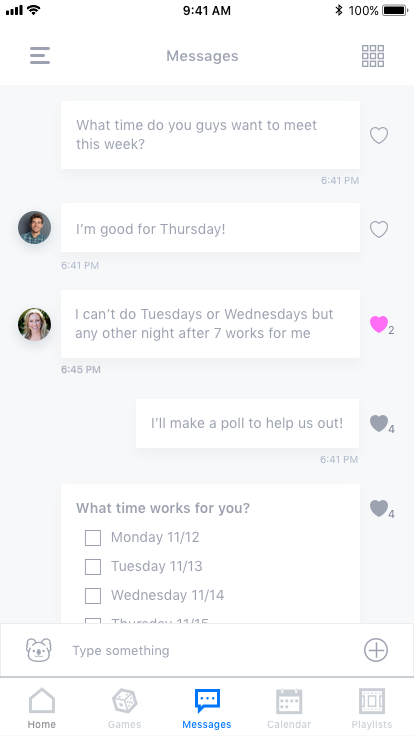 On the main Messages screen I chose to use different icons for group and individual messages to help differentiate between the two categories. Also, I made the messages tiled to remain consistent.

I used message bubbles to better clarify who sent what message. Several users said that when they're scrolling through past messages it helps them to filter out which ones were sent by another user. To make it even more social, I added the abilities to reply and like messages. 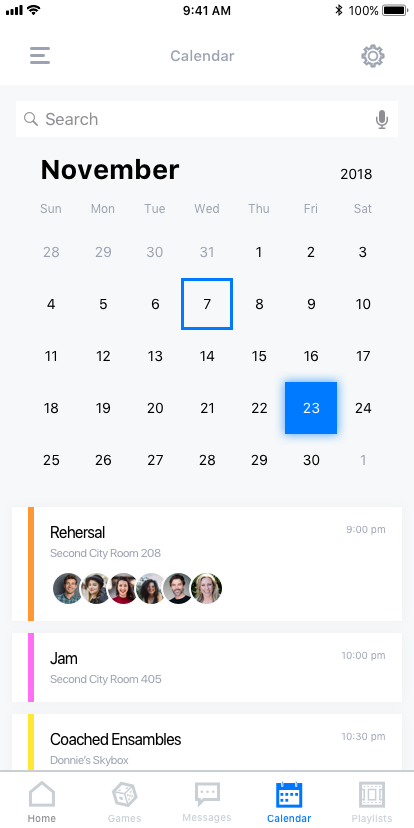 I decided to include an event calendar in the app to make it easier to plan improv-related gatherings and to see who else is going. A growing number of people are opting to not have a Facebook, and this offers a way to see who else attending an event. Because this app would hypothetically connect to Facebook, pages users follow would be able to add events to this calendar too. This would also be able to integrate into a mobile calendar. 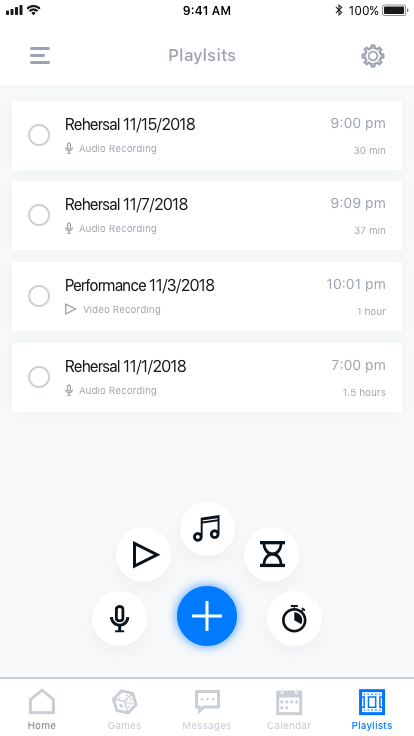 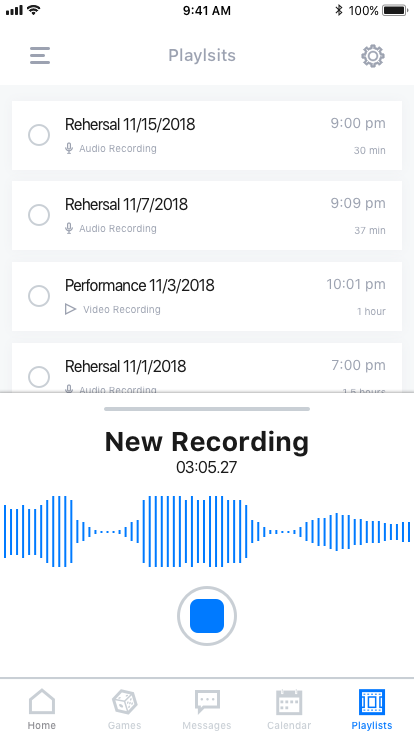 I thought it was important to have a way for users to record performances and practices. This way they are able to to store and send them all in one app without worrying about losing a recording.

As part of my final deliverables, I created a style guide to help Improvr with future design decisions. I also created a prototype with the final screen designs. Since I didn’t have a complete flow, the prototype ran through the screens in chronological order to provide a better idea of how the end product would look.